How can we help you today?

We recommend that you back up your rules so that if, for any reason the settings become corrupted and you lose your rules, you are able to restore them. You are also able to restore them by restoring an old version of the whole Raiser's Edge database but this is by far the simpler method. 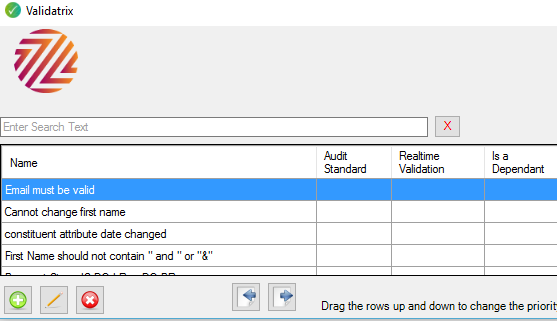 Press the export button on the bottom of the window:

You will be prompted for a filename and location in order to save the rule.

To import a rule press the opposite button:

Did you find it helpful? Yes No

Send feedback
Sorry we couldn't be helpful. Help us improve this article with your feedback.